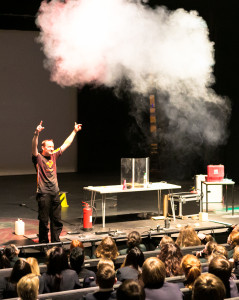 Whether you are an experienced festival manager or are taking your first steps into event organisation, booking a show from Matthew is really straightforward. He has a wealth of experience of working in live events and will manage the show booking process, site/venue technical liaison, health and safety briefings and test firings for you.

Matthew speaks about his experiences as a pyrotechnician first-hand; how he uses science to entertain, the event management, health and safety, creating a performance, the choreography, working in unusual locations and much more.

You get the science, the technical expertise and the entertainment all from Matthew. He’s both a presenter and a qualified pyrotechnician; he designs and rigs the majority of his shows himself, occasionally with an assistant technician on bigger stage shows. This ensures you get maximum value for money and witness an enthusiastic professional in action, from the get-in to the get-out.

He keeps his content and delivery fresh by designing festival shows specifically to suit the event. Completely adaptable to the audience and venue, he’s presented school lectures, family shows, outdoor shows and adult after-hours/late-night shows. He has even been known to secretly rig equipment at corporate events and surprise an unsuspecting audience. Please ask for more details.

As an experienced teacher, lecturer and presenter, Matthew accepts commissions for new or bespoke science shows and lectures. If there is something that you’d like him to develop, then please contact him.

Don’t forget, Matthew works behind the scenes on live events throughout the year. Why not tap into his expertise and give your event an extra creative dimension?

Unsure? Not to worry. Matthew can advise on stage pyrotechnics and fireworks, both with and without a science show. He will help you create a truly exciting and memorable event.

Previous festival and event credits include: 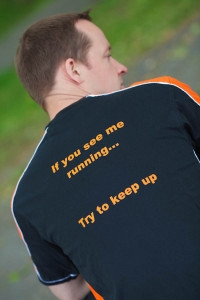