The Sci-Tech website SiliconRepublic.com has named Matthew as a top influencer in the city of Bristol.

In an article published on 15th February, Matthew is cited as “the UK’s number one firework science presenter” and listed as one of ten of the biggest sci-tech influencers in Bristol.

The website aims to keep readers informed on vital issues impacting STEM (science, technology, engineering and maths). In this focus on Bristol, ten people are highlighted as “people you should get to know from the Bristol area”, particularly for new people moving to the city.

Matthew first moved to Bristol in 1995 to study physics at the University of Bristol and quickly fell in love with the city. When he is not on the road, he actively supports the local science communication scene, taking time to network with early career and aspiring science-communicators at the monthly Bristol SciComm Socials. He is also a regular voice on local radio, including BBC Radio Bristol, BCFM, Ujima 98, and Pirate Nation Radio.

In the words of SiliconRepublic.com: “For anyone with a passion for science, fireworks and pyrotechnics, [Matthew] is a must-follow.”

Producer Peter Lord wanted a set of volcanic eruptions in keeping with the characteristic Aardman look and feel. It had to be real and not computer-generated.

Matthew was approached by Director of Photgraphy, Dave Alex Riddett, in April 2017 with a request for very specific flame, smoke and debris effects.

Following a theatrical volcano project earlier in the year, Matthew stepped up to the mark and scoped out a series of scaled effect sequences to be shot against green screen.

He teamed up with Mark Lewis from Aardvark FX when it came to building specific rigs and testing debris launchers. 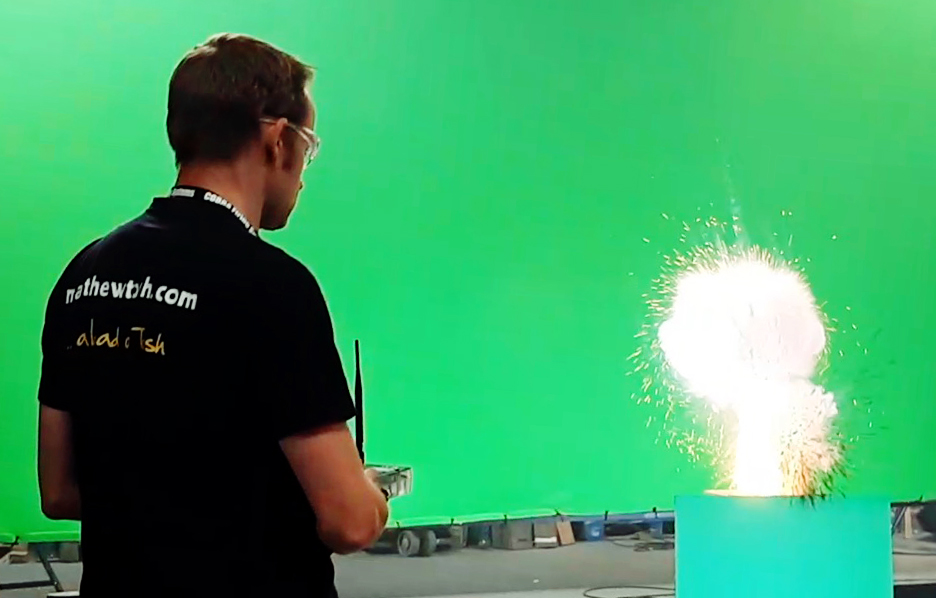 “We were clear that the eruptions had to feature explosive elements, with flying debris. But we also wanted to give the production team a variety of eruption styles to include on the volcanic horizon.” says Matthew, who has a genuine interest in volcanology and geophysics.

Their work features in several of the official trailers:

Matthew managed all Health and Safety aspects and arranged a suitable filming location near to Bristol for the shoot.

He added: “The Aardman crew aren’t used to working with pyrotechnics and our day of filming was somewhat of a novelty for them. Aside from the flames and smoke, we were shooting at 120 frames per second, rather than a few frames per hour.” 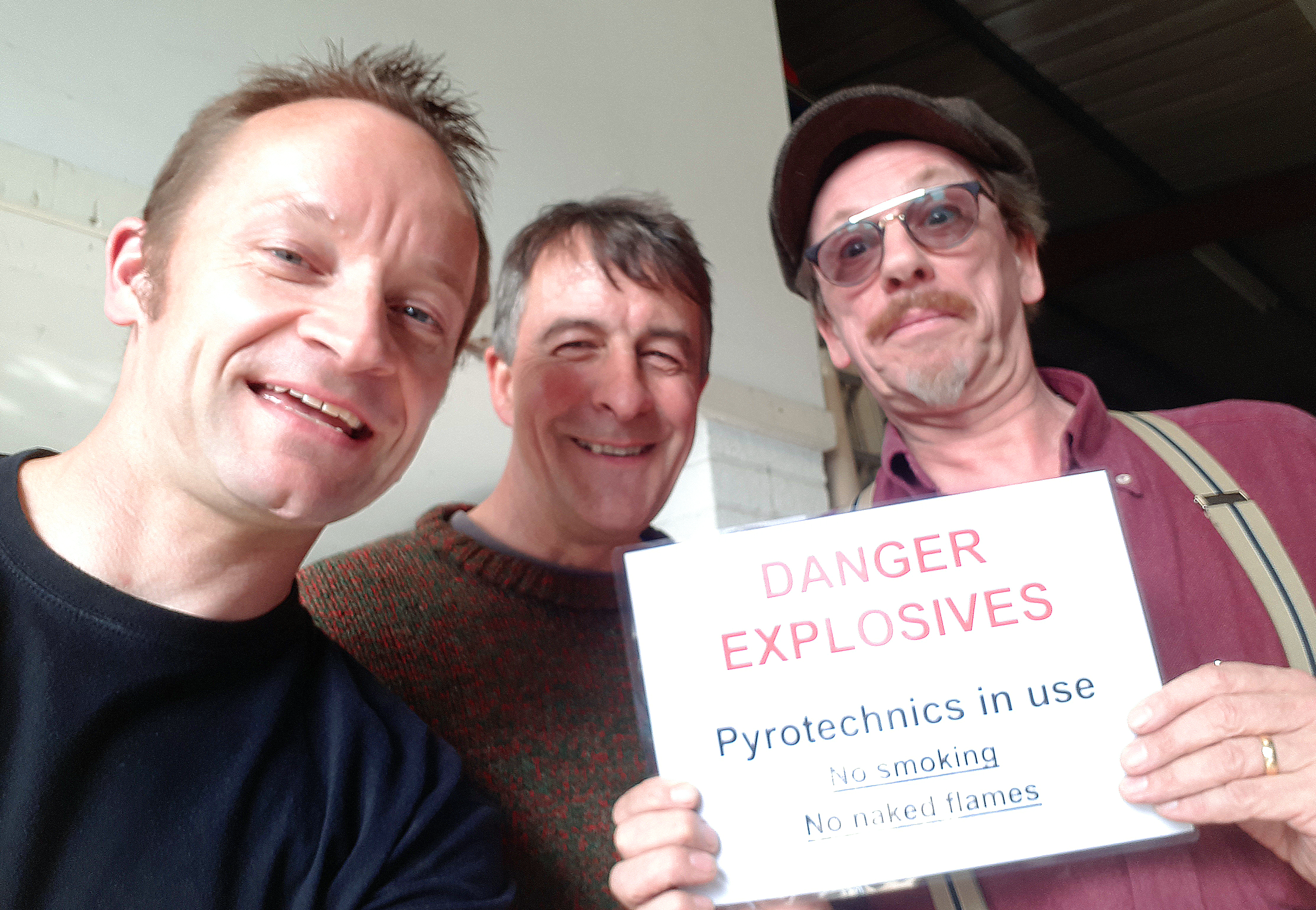 Set at the dawn of time, when prehistoric creatures and woolly mammoths roamed the earth, Early Man tells the story of Dug, along with sidekick Hognob as they unite his tribe against a mighty enemy Lord Nooth and his Bronze Age City to save their home.

The film goes on general release in the UK from 26th January. 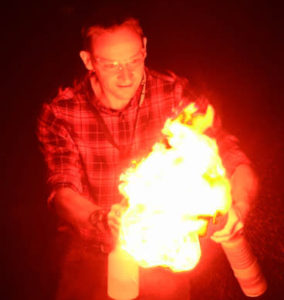 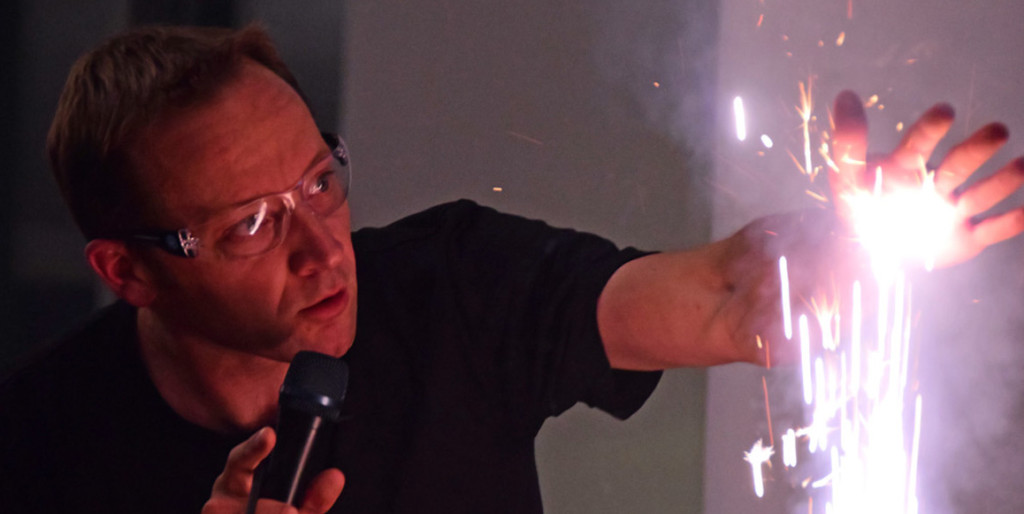 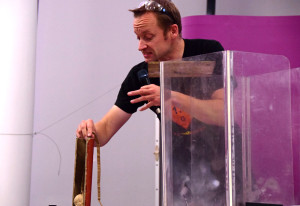 Three and a half tonnes of fireworks were fired from two barges on The Humber in twelve minutes. It was a successful show which touched the imaginations of thousands of people.

The show was designed and operated by Titanium Fireworks Ltd, a provider of high-end large scale firework displays in the UK, including the London New Year fireworks on The Thames and Edinburgh’s Hogmanay celebrations.

Titanium Fireworks directors approached Matthew during Summer 2016 about working on the Hull show and, in particular, using his skills to engage audiences with some of the behind-the-scenes operations.

It’s the first time that a professional firework display of this scale has had such specialist coverage in the UK.

With his highly unique combination of TV presenting and professional fireworks experience, Matthew produced exclusive behind-the-scenes footage of the show preparations. He talked about safety considerations, featured fellow team members and explained some of the technical aspects of the show.

Matthew says “The feedback, particularly via social media, has been tremendous. I think we captured the spirit of this special year for Hull.”

His content was shared by official Hull 2017 and Titanium Fireworks Ltd PR teams, helping to increase audience engagement in the lead up to the launch of Hull 2017.

Matthew’s passion for live broadcast shone through too, when he fronted a number of Facebook live videos as the barges moved into position on The Humber.

In Matthew’s own words, filming on a fireworks rig of this magnitude isn’t straightforward. “Aside from the obvious safety issues, there are often many commercial, event security and creative sensitivities. What’s more, you don’t want to give too much away and spoil the show!”

But as Matthew consistently demonstrates, he finds that balance perfectly, using his enthusiasm, industry knowledge and occasionally witty style to ensure that the audience is engaged.

Between filming and editing, Matthew was able to assist with shell-loading and got thoroughly mucky on the de-rig.