The past 48 hrs have been packed with even more visits and special treats. Firstly, we went along to see a Chinese pyro-musical wedding show with no bride, groom nor wedding guests. It was a trial and demonstration of a new style of show to demonstrate that smaller-scale and lower budget shows can still have impact.

The pyrotechnicians are essentially trialling the idea of off-the-shelf professional packs. There will be a variety of styles for weddings, birthdays, corporate events and so on. It may come as a bit of a surprise, but this has, apparently, not been done before. Until now, each pyro-musical show has been designed from scratch, requiring a significant budget and meaning that professional displays were not available to a lot of people. This new approach aims to make professional displays more accessible.

We were invited onto the firing site to see the rig in progress. It was an all cake show, with a few fountains included, meaning that there was no need to rig any mortars, which can be time consuming. 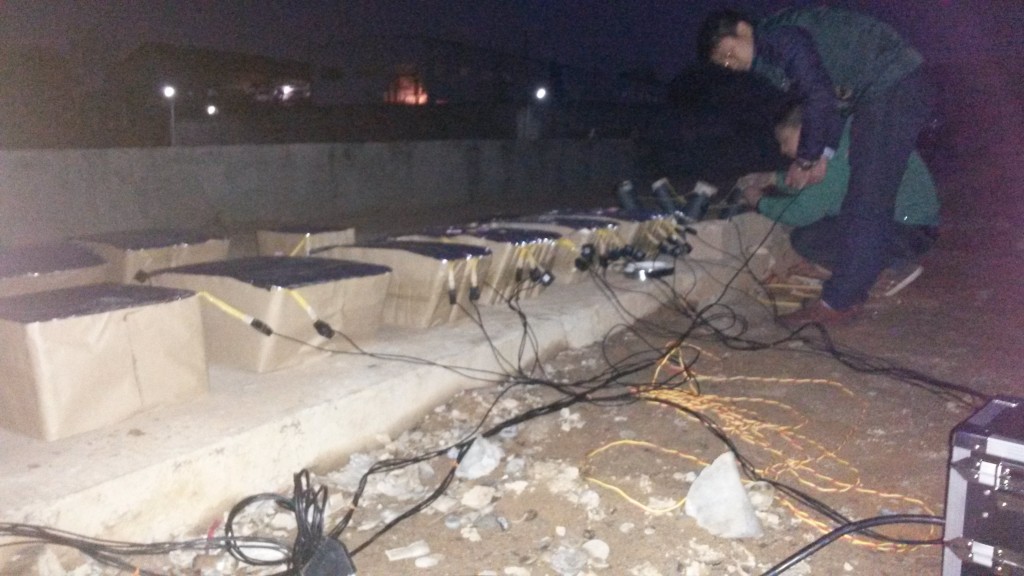 The new packaged show idea uses a pre-programmed firing system, which even includes the music stored in the memory. What’s more, the system makes use of low-latency glow plugs – the fuse ends are fitted with a plastic sheath which then allow it to be clipped into the glow plug adapter. The head technician said that it had a response time of 1/50 seconds, which is barely noticeable to the human eye.

The factory doing the show allowed us to visit their production line the following day. Like several other companies, they are looking at ways of automating certain stages in the cake manufacturing process in order to meet demand.

Finally, we were extremely honoured to be dinner guests of Jack Ge, Senior Fireworks Artist Master, Liuyang Fireworks & Firecrackers Administration Bureau. He is one of the most senior people in the main Liuyang governing body of fireworks in China. A top bloke indeed and full of enthusiasm!